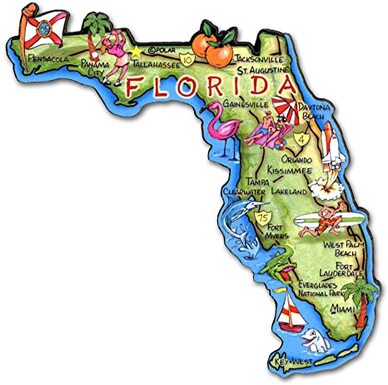 Currently, I reside on the Gulf Coast side in...

"Florida which is the southeastern most U.S. state, with the Atlantic on one side and the Gulf of Mexico on the other. It has hundreds of miles of beaches. The city of Miami is known for its Latin-American cultural influences and notable arts scene, as well as its nightlife, especially in upscale South Beach. Orlando is famed for theme parks, including Walt Disney World."- Google
​
I was born in Puerto Rico, U.S.A. and moved to the mainland at the age of ten to New Jersey where I spent most of my childhood and adulthood. My passion for creative writing began in high school when I wrote my first short horror story "The House of Death" for English class, receiving praise from the teacher and classmates. Besides writing, I love reading, watching television, going to the movies, and traveling. I have a college degree in English concentrating in Creative Writing and a Master of Health Administration.